The Concept
Brooklyn collaborative Mason Jar Music and singer/songwriter Josh Garrels approached me about creating a special edition boxed set for "The Sea In Between," a full-length documentary film they were producing. It was being filmed on Mayne Island, British Columbia.
The music had been released on Josh's album "Love & War & The Sea In Between" the previous year. It is an album that tells the story of a pilgrim at sea, based roughly on Ulysses.
My concept was to create a lost keepsake as if the owner had traveled to one of Josh's concerts 50-60 years prior and this box of memories was then found by someone. So, I began to explore what that backstory might be, settling on a branded cigar box which contained a treasure trove full of souvenirs. I wanted it to feel as if it was discovered these many decades later in the back of a closet or in an old trunk.

The Direction
I spent several weeks researching travel and packaging design from the 1940s–1960s, deciding to create an eclectic collection of items. The cigar box would contain a folded poster that was a concert notice on one side and a travel map of Mayne Island on the other; a 12-set of photo postcards from the shooting of the documentary, bound with a printed bellyband; 2 DVDs designed to look like Viewmaster discs in sleeves;  and a download ticket.
Early Design Exploration

To resemble an old film box 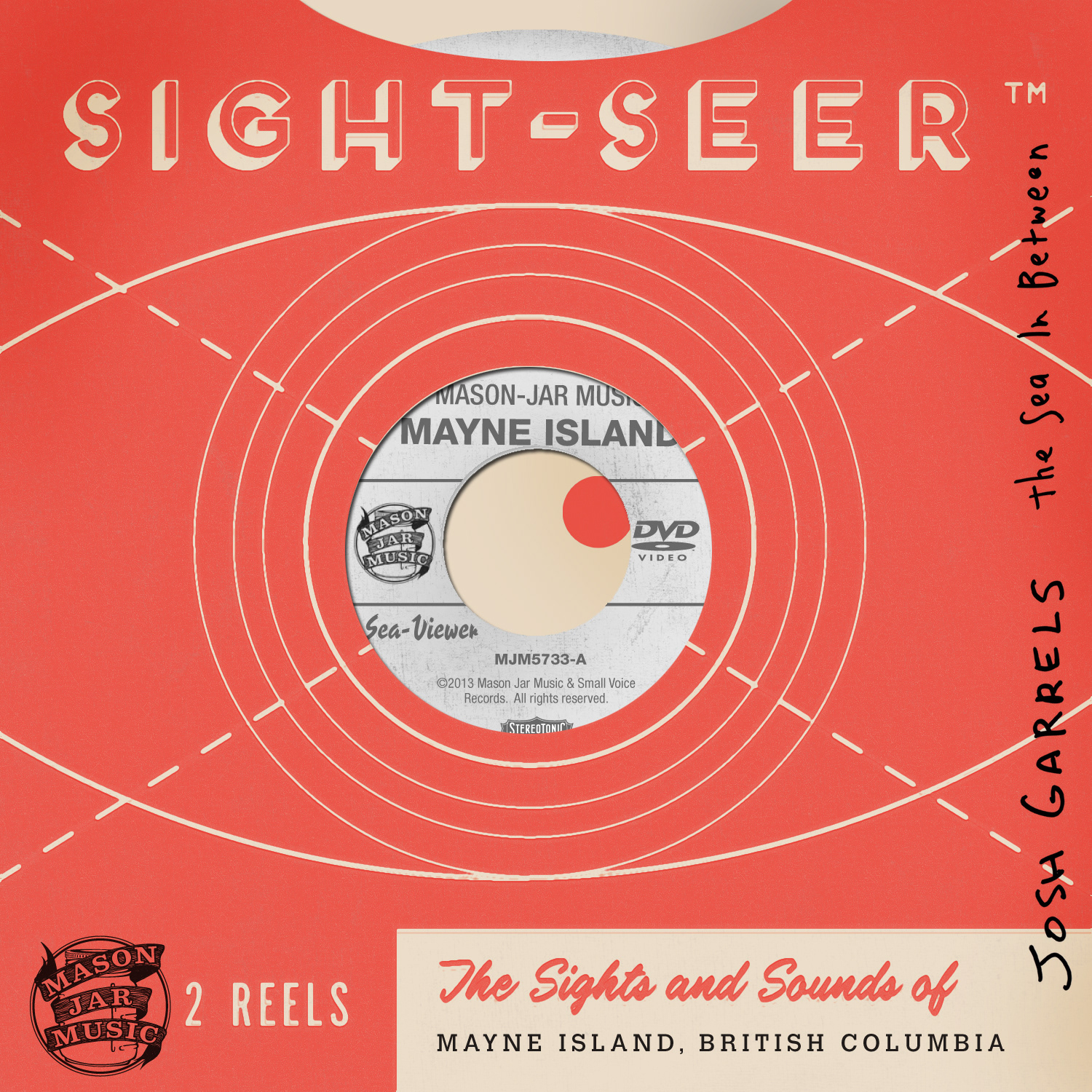 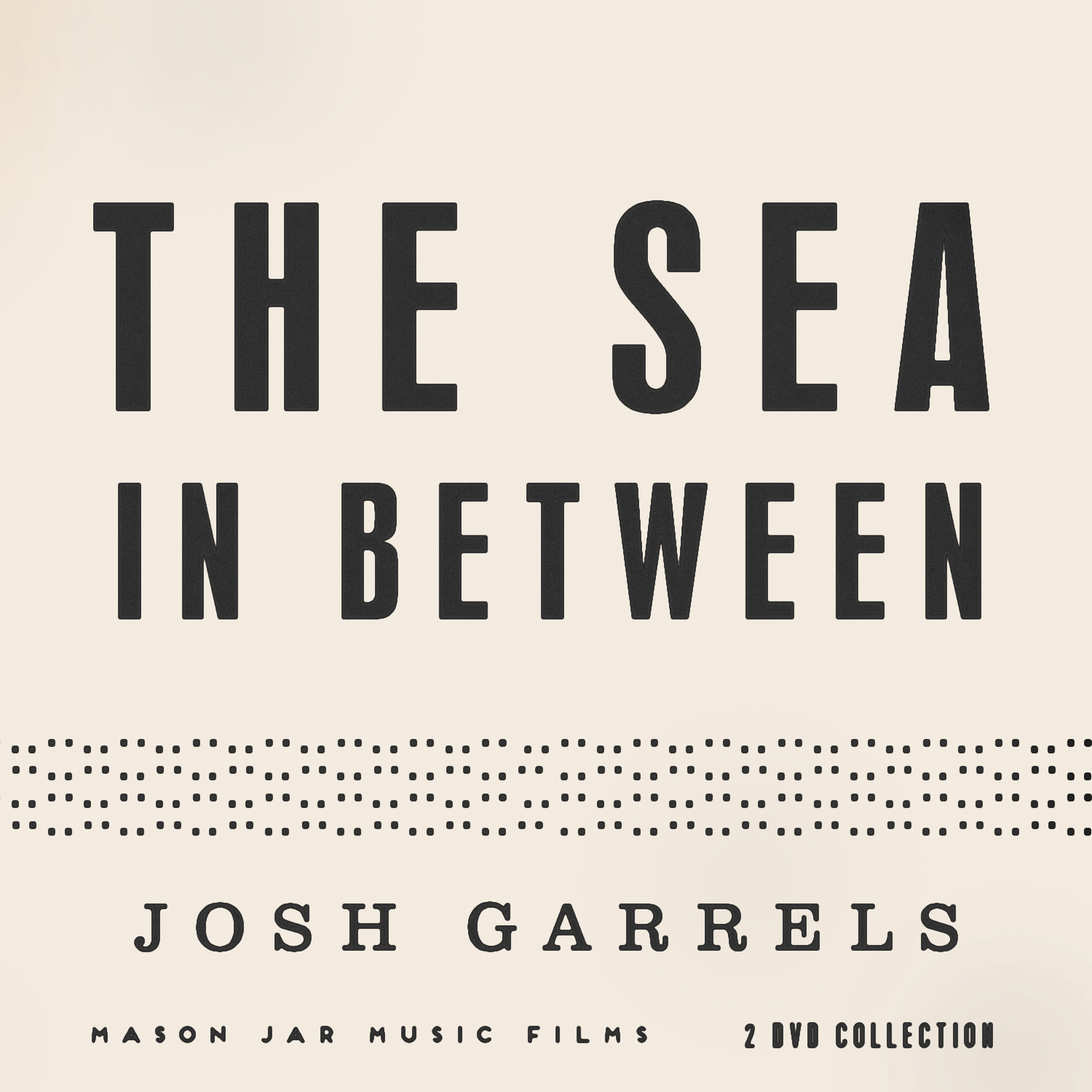 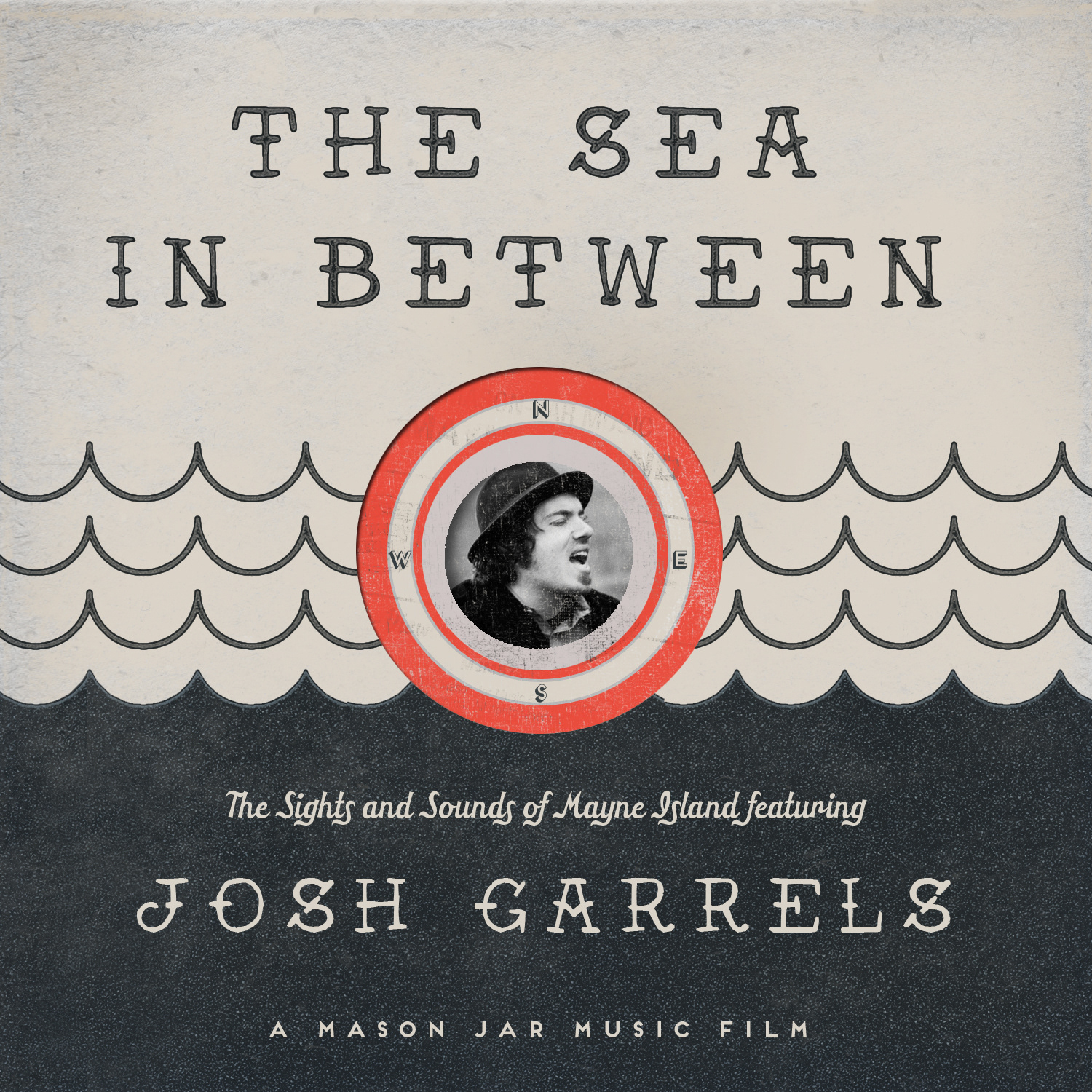 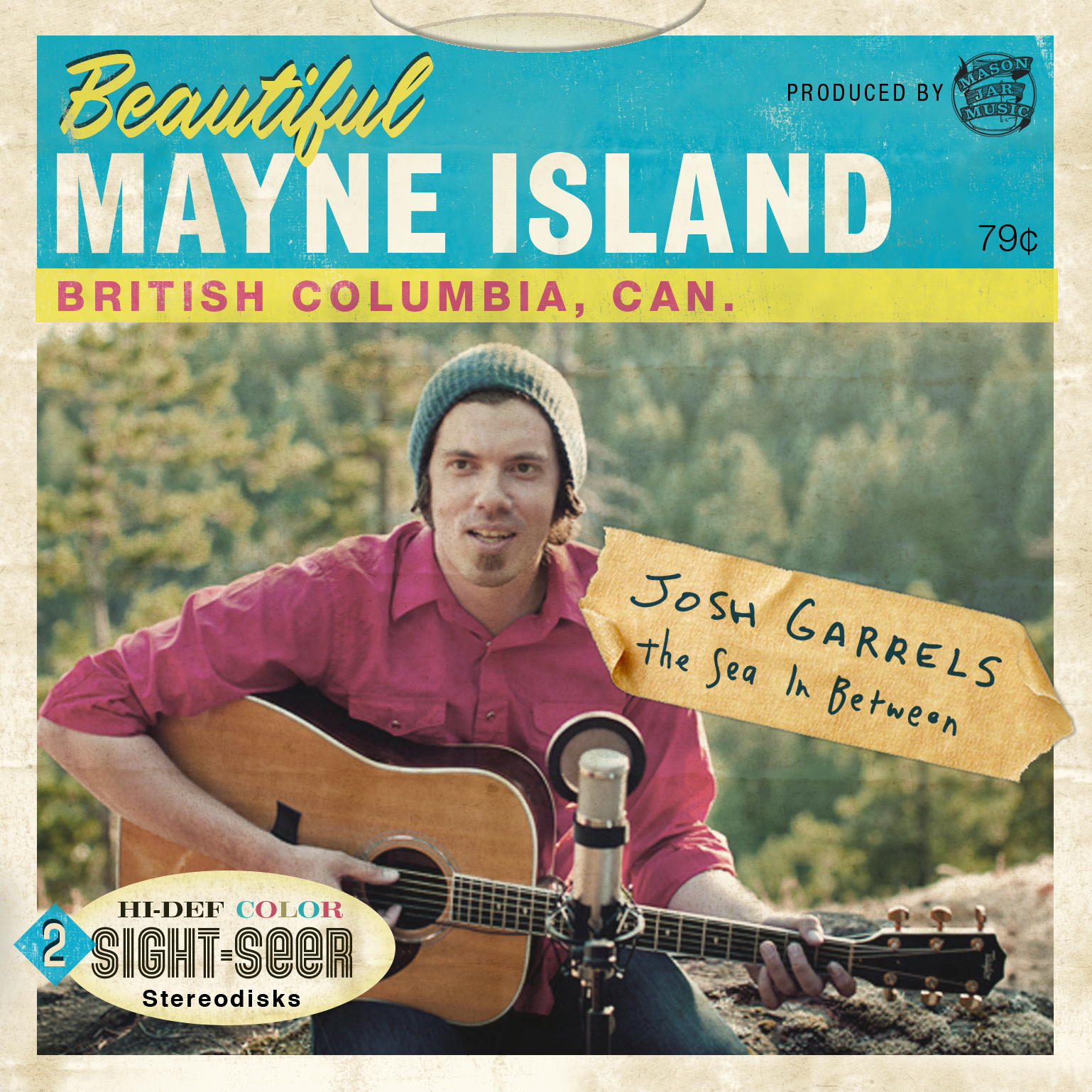 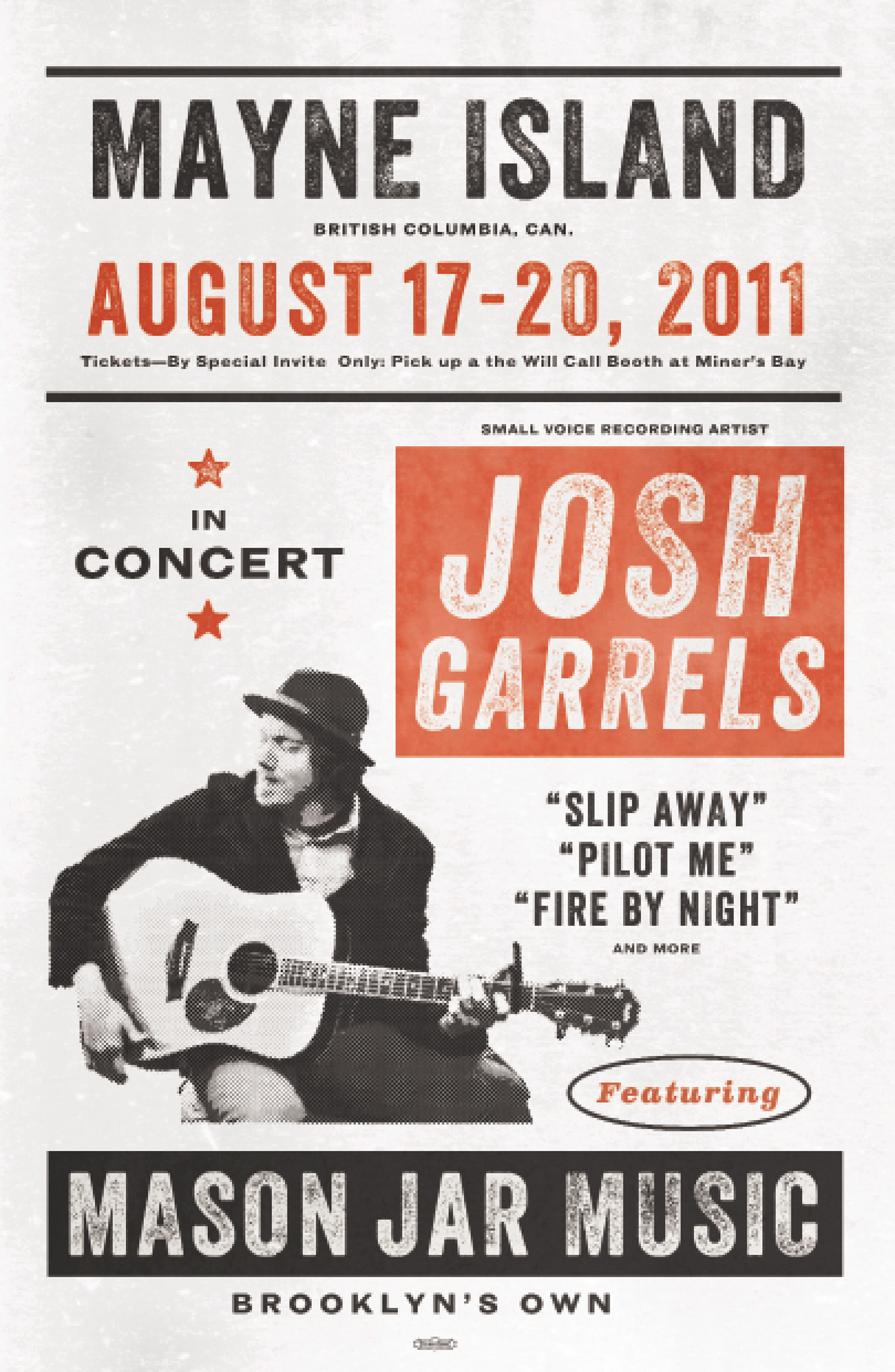 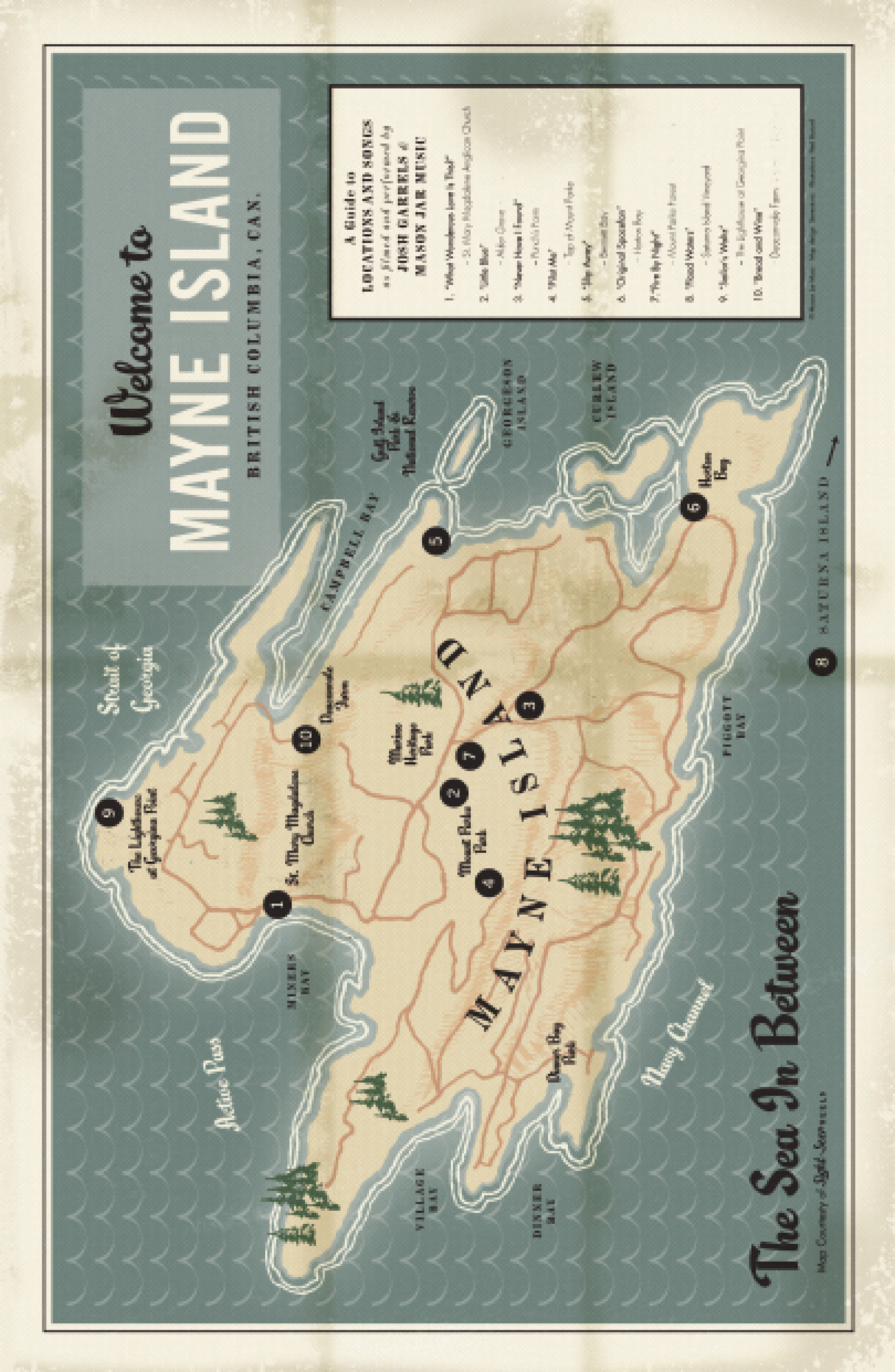 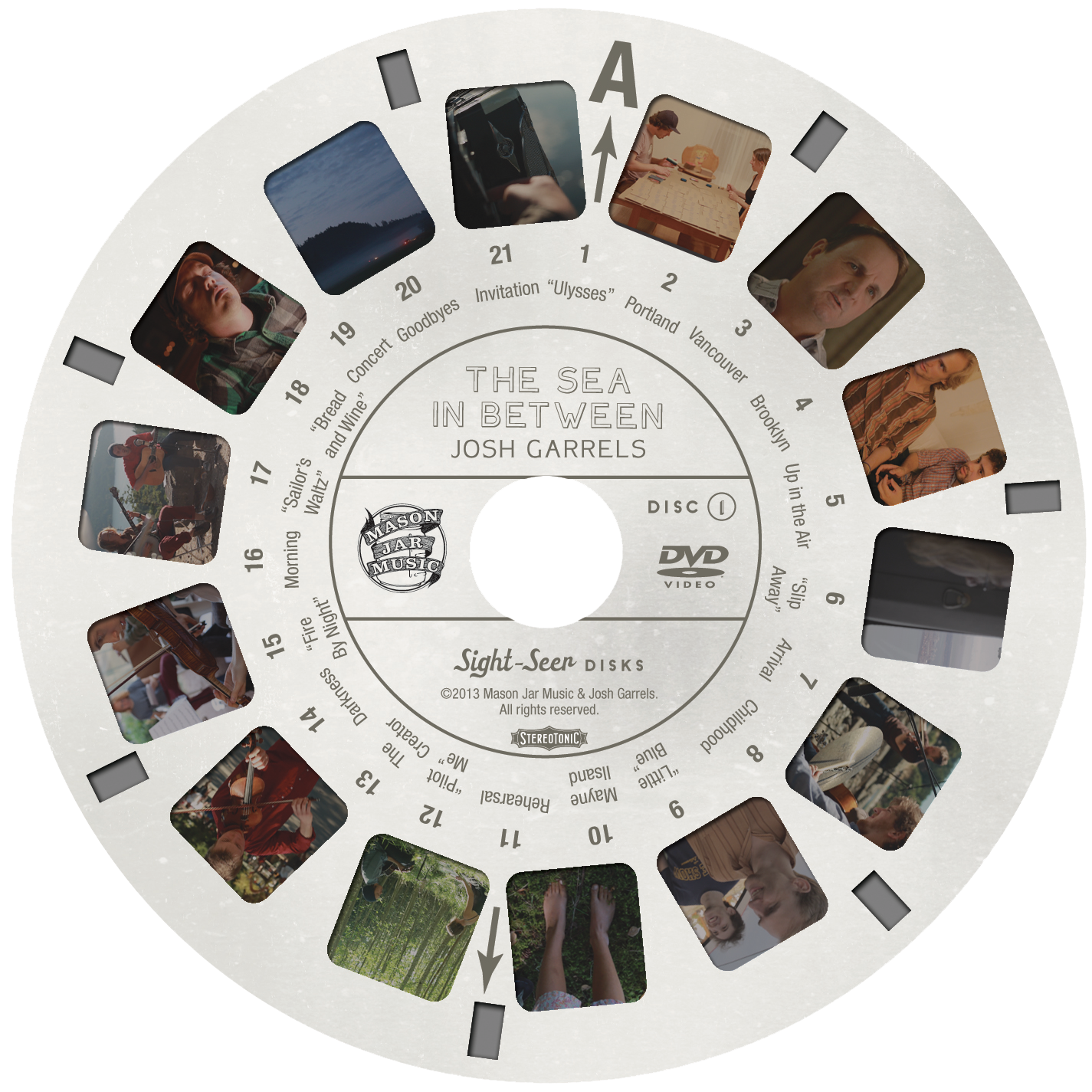 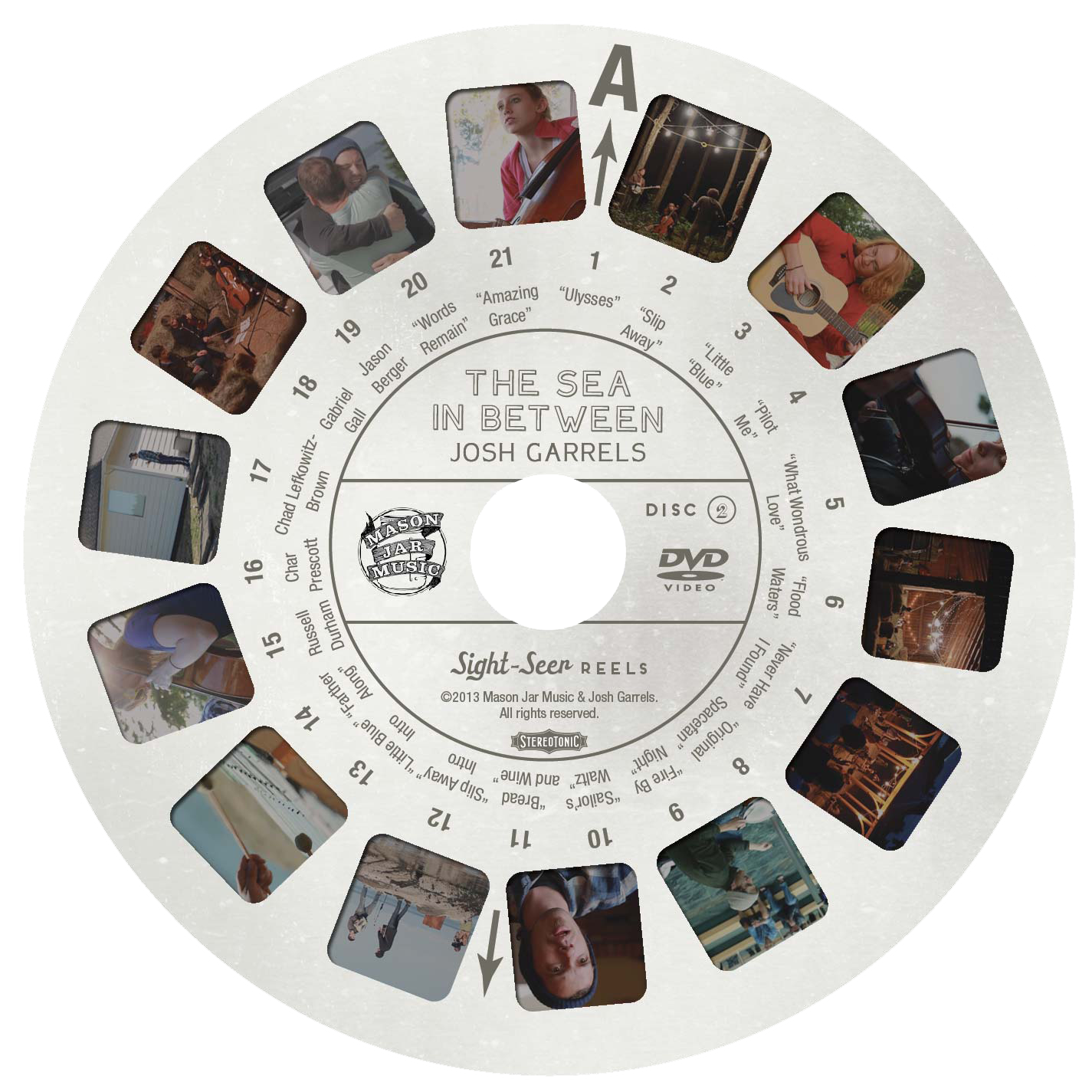 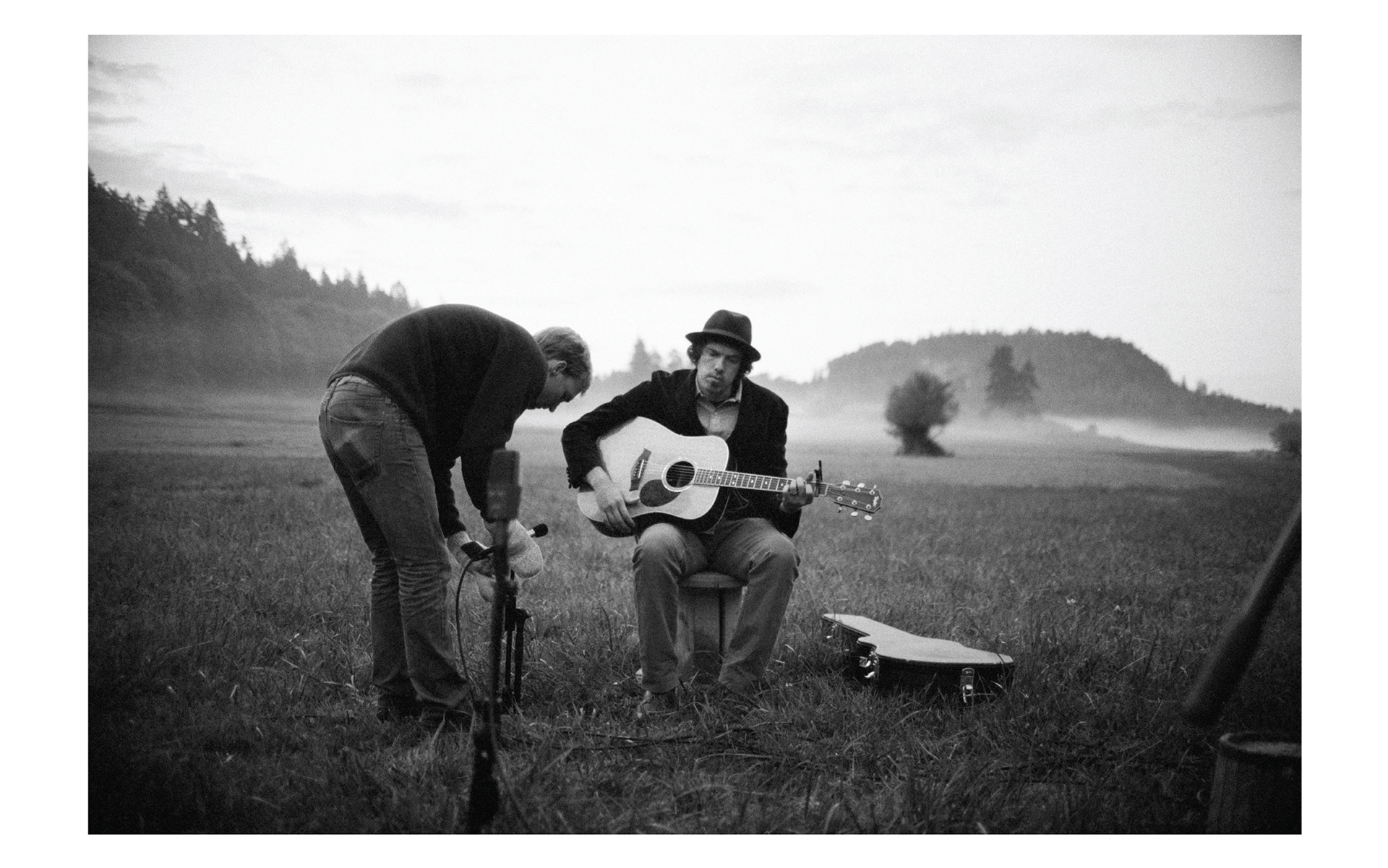 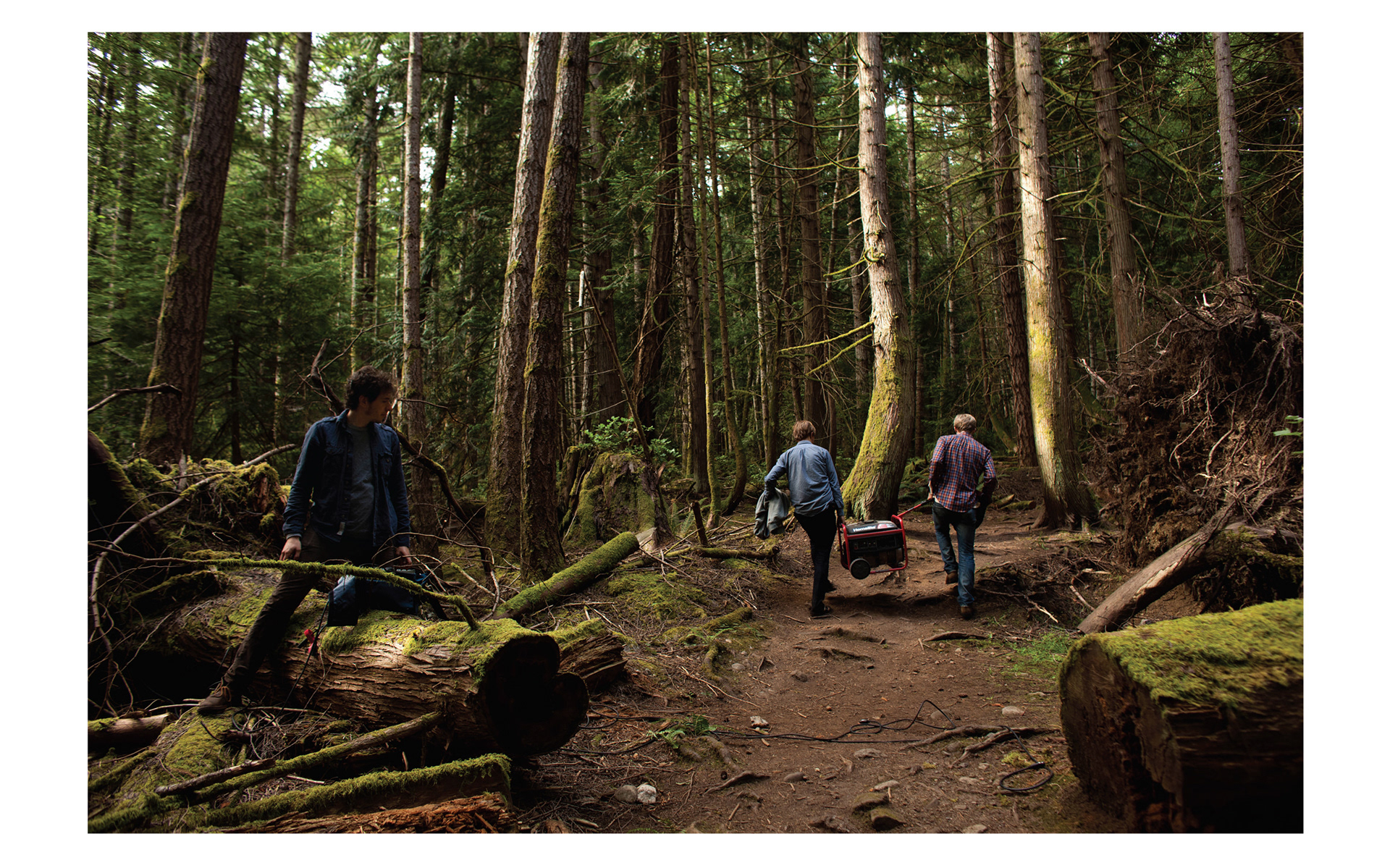 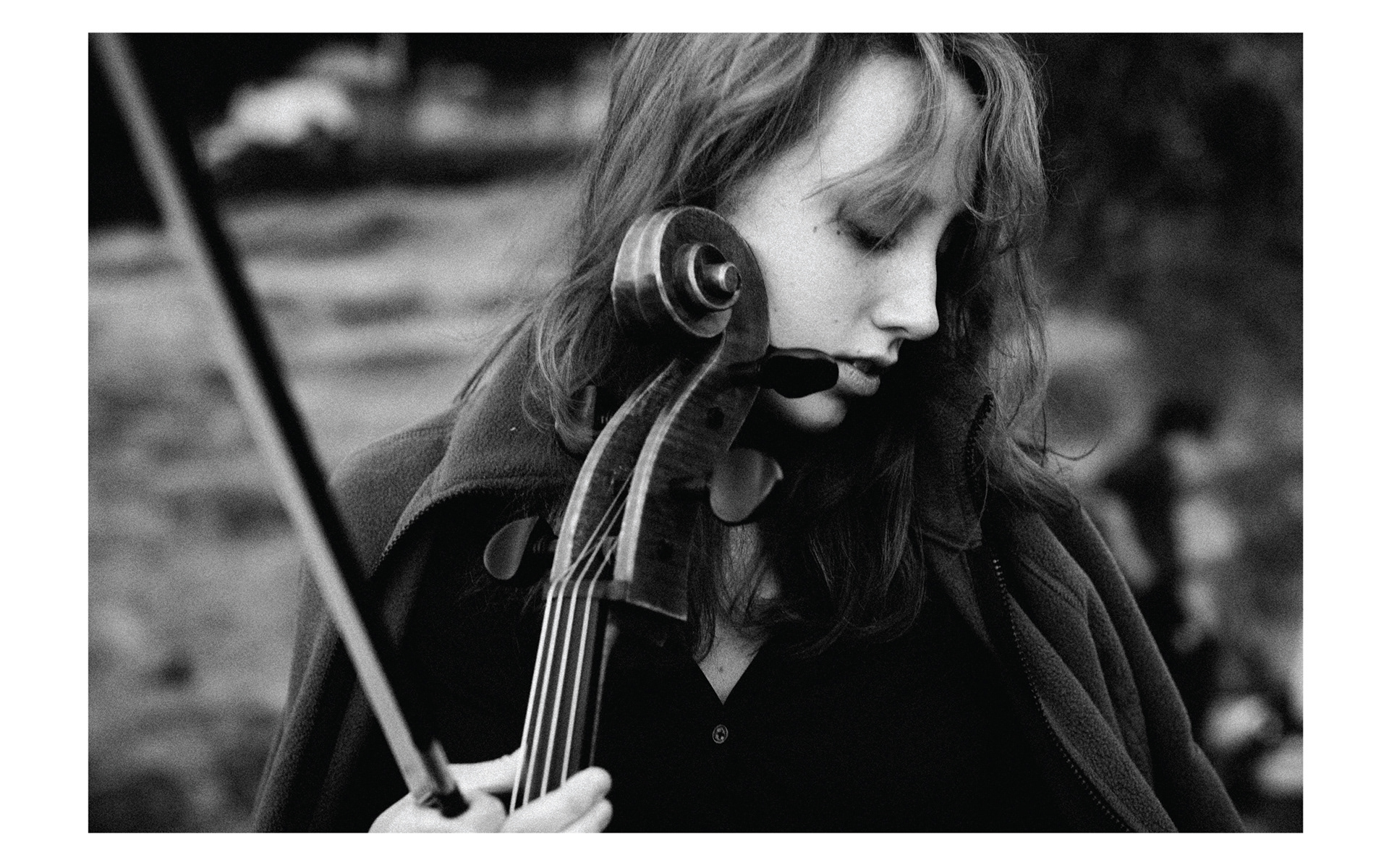 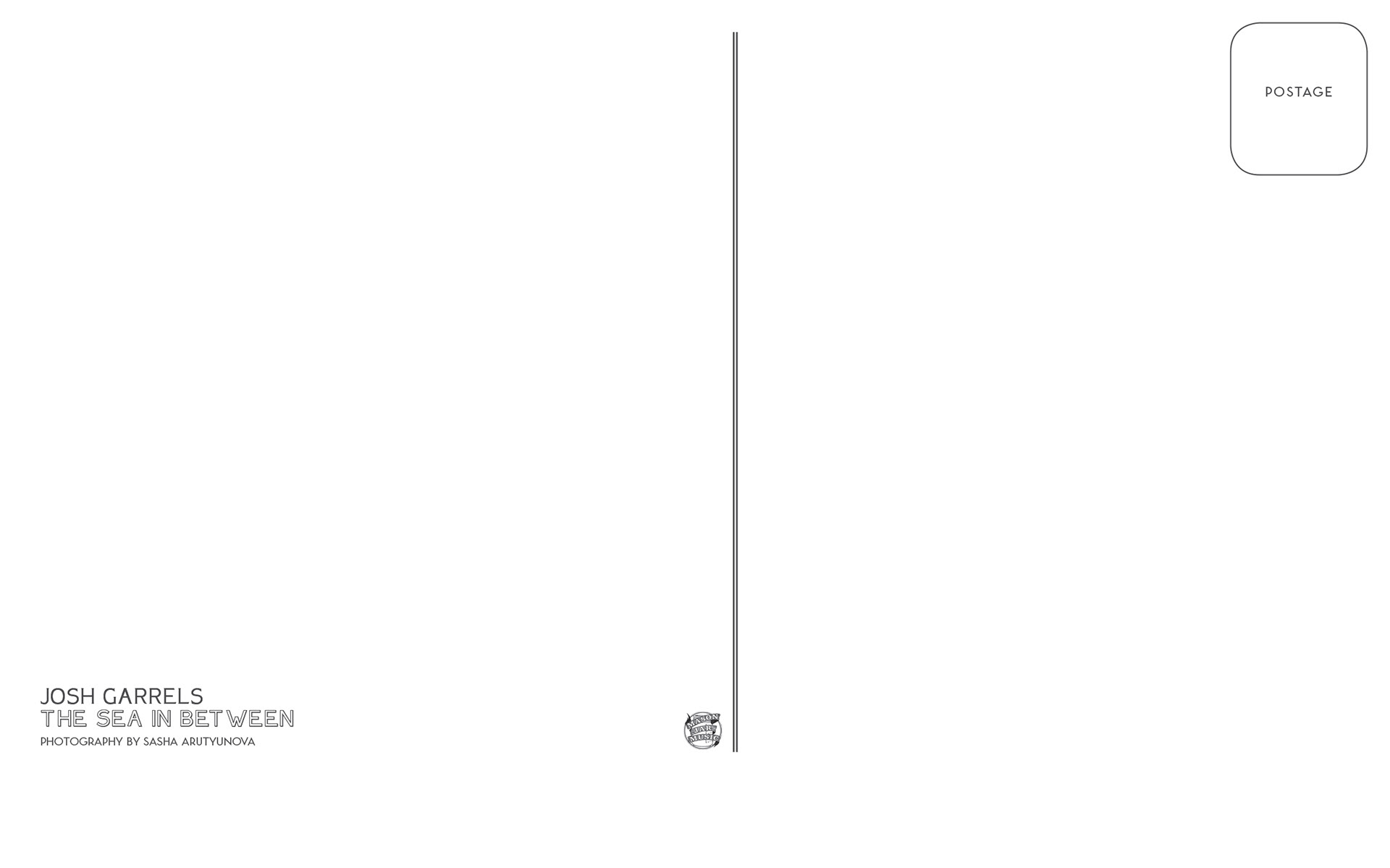 Watch the Film
↑Back to Top